Who made the first microscope?

It’s unclear who made the first microscope, but Zacharias Janssen, a Dutch spectacle maker is acknowledged for crafting one of the earliest compound microscopes. This compound microscope used two lenses and could magnify specimens up to 20x or 30x their actual size.

The History of Early Microscopes

The early microscopes made by Zacharias Janssen were compound microscopes that used at least two lenses. The objective lens was placed close to the specimen to produce an image that was picked up and further magnified by the second lens, the eyepiece. Such telescopes were capable of magnifying 3x to 9x the actual size.

Later on, different scientists came in and made remarkable improvements to the first compound microscope.

In 1609 Galileo Galilei made an improvement on the first compound microscope design. He developed a compound microscope with both convex and concave lens. His telescope was celebrated in the Accademia dei Lincei in the year 1624 and was then given the name microscope a year later.

In the late 17th century, another Dutchman by the name of Christian Huygens made a simple 2-lens ocular system that was achromatically corrected. This was another big milestone in microscope development. This ocular lens is still produced to the present day, but it has the drawback of having a small field size.

All the compound microscopes designed by all the scientists were limited to 30x to 50x magnifications. The images also exhibited blurred edges and rainbow-like distortions. This made them less efficient and unreliable.

The Evolution of Microscopes

Today, there have been multiple technological advancements in the world of microscopes. The market offers a wide range of microscopes ranging from optical to electron microscopes. 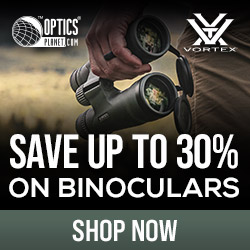